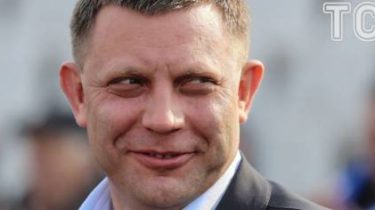 The current “head” of the self-proclaimed “DNR” Alexander Zakharchenko has banned all so-called public servants to leave the territory controlled by the Ukrainian authorities. The corresponding order was already signed it, according to the website “MGB “DNR”.

The document was signed on 15 December 2017 in order “to protect employees of state authorities”, “DNR” arrested”.

As noted in the “MGB”, lately, cases, when employees of enterprises and institutions through threats and pressure to force the implementation of intelligence and subversive activities on the territory of “DNR”. They say that only over the past year on suspicion of espionage and treason in the “DNR” was arrested 246 people, of which 148 were civil servants. 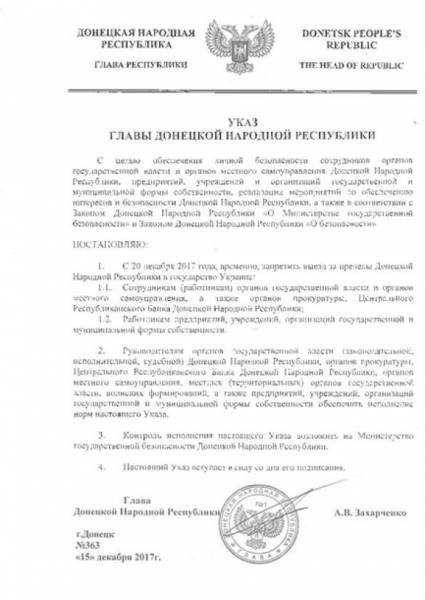 We will remind, earlier the leader of “DNR” Zakharchenko said about the possibility of introduction of external control in the so-called “Republic” regarding the “Vodafone-Ukraine”. He argues that earlier “sabotage” the work was stopped by mobile operator on the territory of “DNR”.