In Kiev, firefighters carried out of the fire five children 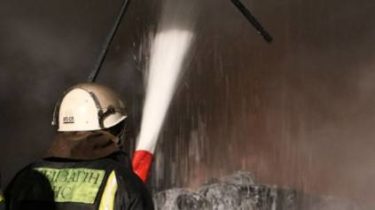 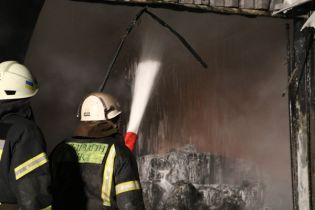 Metropolitan firefighters pulled out of the fire 5 children and 15 adults brought. It happened in a residential area Grower, says the story TSN.19:30.

There lit one bedroom apartment on the fourth floor, the fire killed 56-year-old mistress. The fire could spread to other floors, and the smoke covered the entire entrance. Rescuers evacuated residents and extinguished the fire, it took 40 minutes. In addition to the deceased, there were no injuries, however, 10-month-old girl just in case was taken to the hospital to check her lungs. What was the cause of the fire was found out by experts.

As previously reported, since the beginning of the year in Ukraine as a result of fires in the residential sector 95 people were killed and another 50 injured.

In a residential area Grower lit one bedroom apartment on the fourth floor. 56-year-old woman killed. The smoke engulfed the entire entrance. The residents of the house evacuated.