In Kiev in a violent frontal accident collided with two cars, five of the victims 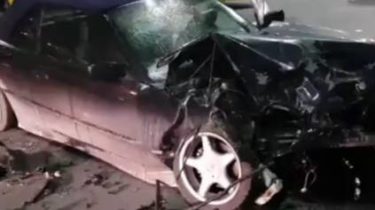 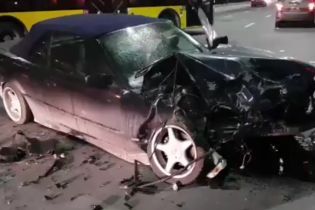 On the evening of 15 January in Kiev in Solomenskiy area of an accident, which injured five people, including a child.

According to preliminary information, the Mitsubishi Lancer with Donetsk numbers ran a red light and collided with a BMW (convertible) in the Polish room.

In the accident injured the driver and passenger of the BMW, and the driver and two passengers of the Mitsubishi Lancer. One of the injured child with foot injuries it was hospitalized in Hospital.

We will remind, in Vinnytsia region near the village of Chechelnik , a drunken BMW driver staged an accident, which killed people. According to police, in the blood of 22-year-old driver of the car was discovered at 1.55 ppm of alcohol, he lost control and drove off the road into a ditch, where it collided with a tree. As a result of collision two passengers of the car (the boys – aged 18 and 19 years) from the got injuries died on the scene, and three (21-year-old boy and girls – aged 19 and 23 years) were injured.