Kolomoisky is about the report of the investigators of Kroll “PrivatBank”: “when and Where brought the money?” 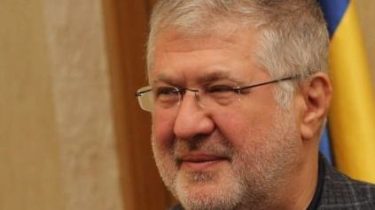 Former shareholder of “PrivatBank” Igor Kolomoisky, called “nonsense” published by the NBU report on the alleged frauds in the financial institution before its nationalization in 2016.

He said this Dnia.

“Nonsense that makes no sense to comment. The main question is where and when withdrawn the money. Especially liked the Maxim that the former management worked in the interests of the shareholder. And in whose interests he was supposed to work in the interests of Poroshenko or Gontareva Rozhkova,” – said Kolomoisky.

Recall, the NBU website was published the report of the international Kroll’s alleged fraud in “PrivatBank” prior to its nationalization in 2016. Loss experts of the company estimated at 5.5 billion dollars.

Kroll is a leading risk company, which helps clients to make decisions on risk management in relation to people, assets, operations and security, said on the official website.

The company operates more than 40 years. Specializiruetsya on identifying, mitigating, monitoring risk company. The headquarters is located in new York. Has over 35 offices in 20 countries. Has a lot of specialized team, has about 1000 employees. The company provides services at different levels: investigation services, cyber security, legal expertise etc.

Kroll has repeatedly appeared in high-profile international scandals. A high-profile case related to the cooperation with the telecommunications company Brasil Telecom. Then the detectives Kroll was arrested. They were accused of illegal wiretapping of private telephone conversations, interception of correspondence and bribing officials. As a result, the investigation was stopped. Even more the reputation of the Agency was damaged in connection with the investigation of the probable involvement of financier Allen Stanford money-laundering drug traffickers, creating a financial pyramid and tax evasion. Then the company found no evidence, but the US Federal government has collected necessary for the prosecution of the Stanford information. Financier was arrested and tried, and Kroll was accused of falsifying data.

In Ukraine about Kroll became known in 2001 when they were released in the investigation of the murder of journalist Georgy Gongadze. Detectives came to the conclusion that ignorance of the matter of then-President Leonid Kuchma. “The only physical evidence that somehow is able to make the President involved in murder, there are records, the implementation of which claims Melnichenko. Even if taken at face value, we can only speculate, but not assert, that meant the President. In addition, there are a number of significant issues of integrity of the films and the credibility of the person who, according to his statement, made these records”, – noted in the report.