On the border in the ATO, a local expert makes Souvenirs for the Ukrainian military 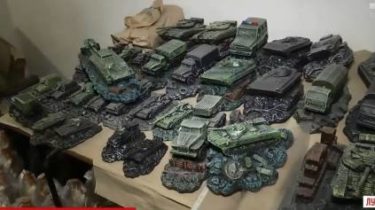 The village of Crimea Lugansk region is reviving after a powerful fighting the end of 2014 and beginning of 2015. In your own home little by little people are returning and some even on the front lines doing the artwork, says the story TSN.19:30.

The mother of two children Oksana turns a simple plaster into masterpieces thanks to the technique of brush painting. Only during the fiercest fighting, so she left the house, then to return and continue their work. Before the war produced only a peaceful figures, but now the plaster has almost a full set of military equipment. “Carnation”, “acacia”, infantry fighting vehicles, roadblocks, tank. For Souvenirs, take,” – says about their customers-the military mistress.

The men in the positions close to say that last powerful attack experienced in December, and the current situation could be called calm. Time, the military did not lose and managed to strengthen its positions and even to concrete underground bunkers. “Must be able to withstand a nuclear attack” – they are proud of. Took care of the soldiers not just on security, but also warm and hygienic – built bath. Military kitchen in charge of charming Nastya, so soldiers always have a delicious selection of hot food. And the farm has geese, which live in position for the third year and is like a talisman which is passed from brigade to brigade.

Video art on the front line and strengthen the position of: Crimean village comes to life during the truce

In a village that was wiped from the face of the earth in the beginning of 2015, now gradually people are returning military have the time to rest, and the local masters on the front straight make works of art. 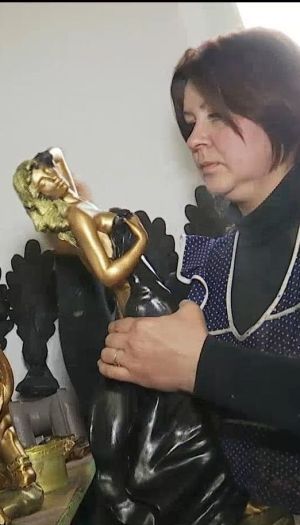