Push me: Students of the Russian flight school in shorts and caps parodied Satisfaction in the Dorm 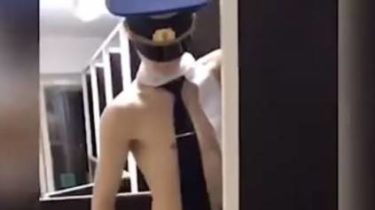 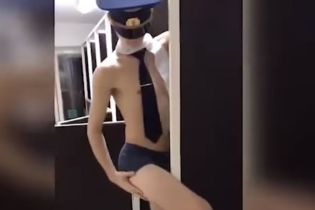 Students of Russian Ulyanovsk flight school in their Dorm filmed a parody of the clip of the Italian DJ benny Benassi Satisfaction.

We stopped for wine: in Russia, a military truck rammed the storefront

The corresponding video appeared on the Network.

And this flight school cadets in Ulyanovsk

Then these set fire to the APC pic.twitter.com/iiVlKcSbSh

Guys in underwear, heavy army boots, leather suspenders from belts and caps pseudoceratina dancing for everyday chores: sweeping, Ironing, washing Windows and the like – in the original version of the Satisfaction this type of thing girls.

Subsequently, they are going in the Laundry room and dancing together.

Earlier in the Network appeared the video, where Russian soldiers during an attempt to heat canned food on a fire accidentally destroyed the BTR-82 and military ammunition amounting to more than 28 million rubles.