Scientists have determined the cause of death of the Aztecs 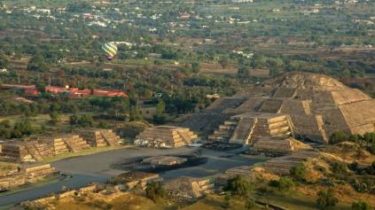 In 1545, the Aztecs in Mexico were faced with disaster. People dying from high temperatures, headache, bleeding from the eyes, nose and mouth. Death occurred within three to four days. About this soobshaet The guardian.

In five years, at least 15 million people, or 80% of the population died from the epidemic, which the local called “cocoliztli”, which means in the language of the Aztecs seasick.

However, this conclusion was questioned in 500 years. The researchers analyzed DNA samples from the teeth of the dead for the presence of smallpox, measles, mumps, and “enteric fever”.

“In the years 1545-1550 seasickness was one of the many epidemics that attacked Mexico after the arrival of the Europeans, but it is the second of the three most terrible epidemics, which were very destructive and led to the greatest number of casualties. The cause of this epidemic was discussed for over a century historians, we can now provide direct evidence using ancient DNA to solve longstanding historical questions,” said Ashild the Wagen of the German University of tübingen.

The outbreak of the disease is considered to be one of the most dangerous epidemics in human history, approaching bubonic plague Black death, which attacked about half the population of Western Europe, namely 25 million.

European colonists spread of the disease, when arrived to the New world. In 1545, due to cocoliztli on the territory of modern Mexico and parts of Guatemala, killing approximately 5-8 million people.

“In cities and small towns pulled out big ditch and from morning to sunset the priests did nothing, except that carried the bodies and buried them,” – said in the history of the Franciscan Frey Juan de Torquemada.

Scientists are now saying that they must’ve exposed the culprit of the deaths. Analyzing DNA of 29 of skeletons of people who found the graveyard where they buried the dead from cocoletzi experts found traces of the bacteria Salmonella enterica, which is a variant of Paratyphi C.

It is known to cause enteric fever, an example of which is typhoid fever.

Measles attacks the Ukraine. Interactive map of the spread of the disease

Many strains of Salmonella is spread through contaminated food or water, and, perhaps, in those days, the bacterium arrived in Mexico with domesticated animals introduced by the Spaniards, said the research team.

Salmonella enterica was introduced in Europe in the Middle ages.

“We have tested all bacterial pathogens and viruses DNA, in which genomic data is known and was only discovered the germ Salmonella,” said study co-author Alexander Gerbig. Perhaps some of the pathogens was either not detected, or unknown.

“We can’t say with certainty that Salmonella enterica is the cause of the epidemic cocoliztli. We believe that it should be regarded as the main probable grounds,” said team member Kirsten Boss.

We will remind, earlier it was reported that in the Russian city of Yekaterinburg has officially announced the HIV epidemic. Every 50th resident of Yekaterinburg is infected with this infection, that is, 1.8% of the population of the city.