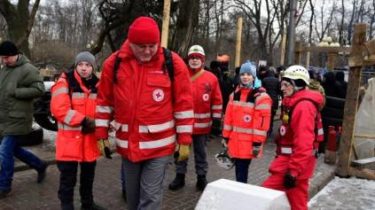 In Kiev during clashes near the Verkhovna Rada have suffered about 20 people.

About it reported in a press-service of Ukrainian red cross.

According to the volunteer, affected rinse eyes thermal water.

“Hand them to the paramedics do not have”, – he added.

In Kiev, restless: at the Parliament clashed. Rapid response unit the red cross of Ukraine patrolled…

Published by the Red Cross of Ukraine of January 16, 2018

We will remind, in Kiev on January 16 , several dozen people came to the walls of the Verkhovna Rada, demanding “to confiscate the property of criminals Yanukovych” and to adopt the law “On protection of Ukrainian statehood from the manifestations of collaboration”.

Near Mariinsky Park between protesters and police who tried to drive them away, clashed. A law enforcement officers had to be hospitalized.