In Kiev have exposed a gang of pornographers 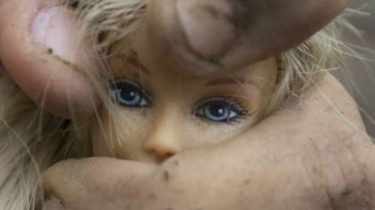 In Kiev have exposed five local residents on distribution of child pornography.

About it reported in a press-service of Kiev Ukraine.

“Employees of Department of counteraction to crimes in sphere of circulation of illegal content and telecommunications Department of the police of the National police of Ukraine jointly with investigators of the Main investigation Department and employees of the Obolon police Department in Kiev exposed group of men aged 30 to 40 years in child pornography,” the statement reads.

According to law enforcement officers during searches of the perverts found the computers that were seized about 12 thousand pictures and videos with content of child pornography, as well as the media and routers, by which they spread illegal content.

Now the technique is the competence centre, with the attackers, investigators are working, in fact the distribution of pornography a criminal proceeding.

As noted, the question of the announcement of suspicion and the remand detainees will be resolved after receiving the results of the examination. To malefactors threatens till 10 years of imprisonment.

We will remind, earlier the first Deputy head of the National police of Ukraine Vyacheslav Abroskin reported that in the Kharkiv region and Zaporizhzhya per day detained two pedophiles.

Another pervert arrested in the city of Shostka in Sumy. 25-the summer local at home raped two underage girls.

The Department of postal and telecommunications of Ukraine