From zarobitchany to the owner of the pizzeria. Ukrainian from scratch to build a business in Italy 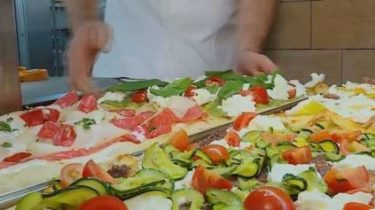 Ukrainian Andrey Zlatko went to Italy as a simple worker, and now runs his own pizzeria and judging culinary competitions.

This is stated in the story of the correspondent of Radio Liberty Jana’s Brenza, reports TSN. Ranok.

Pizza in the pan for 15 minutes

Owner and chef Andrew was born and raised in the village of Ivanichi in Volyn. At 18 he went to Italy, where he worked his mother and sister. He first gathered the nuts, was a carpenter and an electrician, later became an unskilled worker at the pizzeria. One time chef, award-winning Italian pizza maker, invited him to try his hand in the kitchen. Four years ago Andrew decided to quit my job and start my own business.

“We did everything together with my wife. A year and a half to do, we didn’t have anyone, from morning to evening. That helped that along,” says Zlatko.

Andrey’s wife Jan is still working with him. They met in their native Ivanychi, and got married in Italy. Here the couple had two sons.

Ukrainian claims that its success depends not only on diligence, but from the continuous improvement of their knowledge. So he often participates in competitions and occasionally judge contests pizzaiolo.

Most Cascina boasts pizza dough: your recipe for it is even patented. Thanks to him, pizza is easy, says Andrew.

Stop there he’s not going and wants to develop the business further. Also wants to open such a facility in Ukraine to real Italian pizza I could try at home.

Videotrainer that went zarobitchanam in Italy, opened her own business in Rome 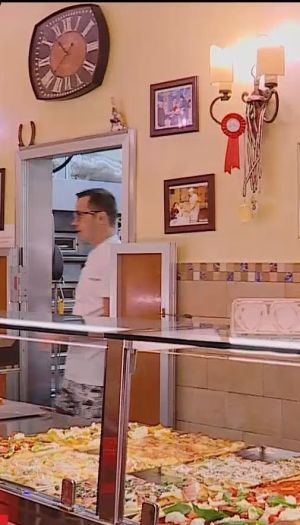