In the United States took a bright meteorite 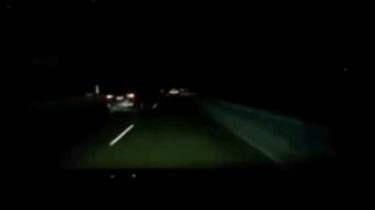 Near the American city of Detroit, Michigan, a meteorite fell, which took video surveillance cameras and recorders, car.

After reviewing several observational datasets, the NWS can confirm the flash and boom was NOT thunder or lightning, but instead a likely meteor. We continue to monitor feeds from astronomical agencies for official confirmation of a meteor. #miwx

A heavenly body fell in 8 km from the small town of new haven. Has done without victims and destructions.

“The arrival of the alien ship”: Canadians scared of the fall bright meteor

We will remind, in the autumn the Russians scared the fireball flying in the sky over Murmansk. The video, which clearly shows the fall of something large, round and bright, posted on the Internet several users. In the sky a meteor seen for seven seconds, the flight was accompanied by several bright flashes. Recorded it in Finland. However, the response of the Finnish witnesses is radically different from Russian.