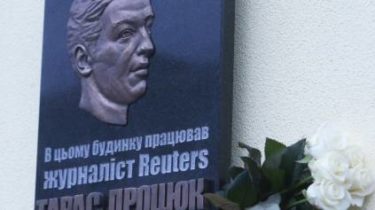 In Kiev opened a memorial plaque in memory of the Ukrainian journalist Taras Procuce. On January 16 statement to Reuters, which was one of the first Ukrainian war correspondents, would have turned 50 years old. This is stated in the story TSN.19.30.

Taras Protsyuk was killed in 2003 in Baghdad. The last frame, which he directed, was shot from the tank of the US army, which went straight to the balcony, which was Taras.

Today the operator of the Reuters news Agency Taras Prozyme, who was one of the first Ukrainian war correspondents, would have turned 50 years old. Taras died in 2003 in Baghdad. The last frame, which he took shots from a tank of the US army, which went straight to the balcony, which was Taras Protsyuk. 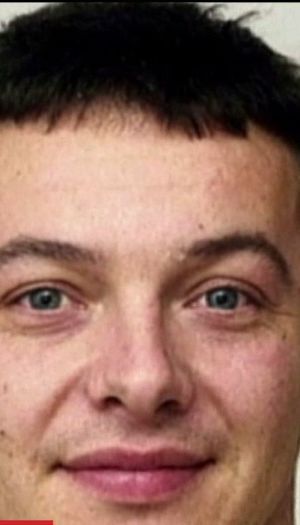 A memorial plaque to the first victim in war, Ukrainian journalist colleagues and friends hung on the building in the center of the capital, where he worked. Taras was probably the first Ukrainian operator, who worked during the war. He filmed the fighting in Afghanistan, Yugoslavia and Chechnya.

In Ukraine he shot all the important events. His images of protest “Ukraine without Kuchma” circled almost the entire world. Then he again went to war in Iraq. The day of the death, together with the Ukrainian killed the Spanish operator. Three other journalists were injured.

The hotel “Palestine” were living journalists from around the world. After the tank shock someone from the media people were crying, someone was grabbing her head. But all could not believe that the tank of the US army could make a shot to the side of the peace hotel.

If the investigation proved that the tanker mistook the glare from the camera lens with a sniper scope. In the US, the murder of journalists was ruled an accident. Relatives of Taras benefit amount the States and not paid.

However, in Ukraine friends about the journalist is not forgotten. Every year they meet together to remember the smile of Taras.