In Kiev shot the owner during the dismantling Kiosks 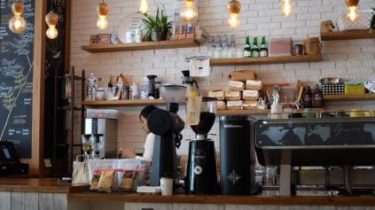 In the night of January 17 in Pechersk district of the capital shooting occurred, during which he was wounded businessman, according to local police.

Reportedly, the incident occurred during the attempted dismantling of Kiosks on the Blvd. Lesya Ukrainka. Wound in the leg received from an unknown cafe owner.

The police said that they arrested 28-year-old man who removed the gun and ammunition. The suspect also had a gun licence.

Now to the man threatens till seven years of imprisonment.

Upon hooligan actions on Pechersk criminal proceedings (PHOTO) During a conflict used weapons. The victim was wounded in the leg. Criminal proceedings are begun. Tonight, the duty of Pechersk police Department received a report that on the Boulevard Lesia Ukrainka, an unknown man carried out a shot. On a scene immediately left it is investigative-task force of territorial administration of the police and the crews of the patrol. Established between the representatives, who came to the dismantling of trade kiosks and businesses were in conflict. As a result of the incident, the café owner received a gunshot wound to the leg from the unknown man. From the scene police seized one discharged shell. In the course of operational activities for the Commission of the offense, the police in accordance with article 208 of the Criminal procedural code of Ukraine detained 28-the summer citizen. Militiamen seized a man with a gun shop and 6 cartridges to it. The suspect had permission to acquire non-lethal weapons. On this fact data are brought in the Unified register of pre-judicial investigations. initiated criminal proceedings under part 4 of article 296 (Hooliganism) of the Criminal code of Ukraine. The sanction of article provides till seven years of imprisonment. The Department of communication of the police of Kiev Oksana Tishchenko Oksana Blischik the national police of Ukraine

Recall recently in Kiev, unknown persons broke into the strip club and made indiscriminate firing. The shelling had broken mirrors and glass surfaces, from people nobody has suffered. Immediately after the attack, the attackers jumped out and rushed away in an SUV.