In Ukraine, more expensive gas for the population 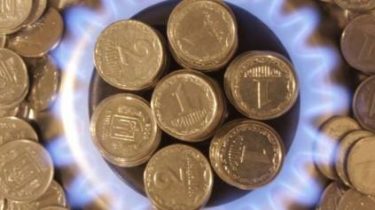 The government has developed a new formula for revising tariffs for gas for the population and already the 1st of April, plans to increase by more than 8%.

The document stipulates that from April 1 can completely depart from the principle of determining the price of gas for the population and review it every six months depending on the cost of import parity.

The cost of gas is suggested, twice, and once a year on 1 April. It will be formed as the arithmetic mean price of imported gas on the German gas hub (NCG) excluding the cost of transit to the border of Ukraine (Hub) during the first six months of the previous year – from April 1 to September 30 and are converted into the national currency at the rate prevailing at the period of purchase.

According to this formula gas for the population in two and a half months could rise by 8.3 per cent from 4942 UAH per thousand cubic meters to UAH 5352. It will operate until 1 April 2019. Write about this “Ukrainian news”.

We will remind, to revise the formula for calculating gas prices for the population requires the main creditor of Ukraine international monetary Fund. Without this, there will be a new tranche of the loan. Finance Minister Alexander danyluk previously went to the IMF in Washington, however, failed to reach an agreement.

Note that utilities in the Ukraine last year rose by 10%. But there are those that fell.