The defense Ministry has set goals for 2018 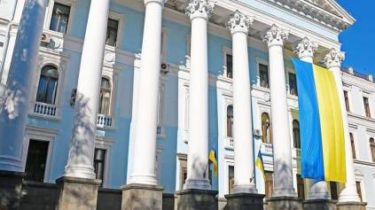 The defense Ministry identified the priority directions of use of budget funds for 2018. So, the first will be funded the equipping of troops with modern technology, integrated logistics, improving the social protection of servicemen. About it reported in Department.

“The budget 2018 increased by more than 24%. In particular, in 2018 this is the beginning of the restoration of emergency reserves, the creation of a modern network of military bases and the restoration of critical infrastructure, and improve social protection of servicemen”, – stated the Deputy Minister of defence of Ukraine for European integration Lieutenant General Anatoly Petrenko.

In particular, the General noted that gradually undergoing reform and control defense.

“The structure of the Armed forces as a priority, took the joint operational headquarters, is an important element of our Strategic defence Bulletin formed special operations Forces and Airborne troops”, – he said.

The U.S. Ambassador told the conditions under which Ukraine will receive for free from the United States a lethal weapon

We will remind, earlier it was reported that the US defense budget provides for Ukraine assistance in the amount of $ 350 million. In the list of possible supplies, among other things, was hit by anti-tank missiles Javelin, write the American media.