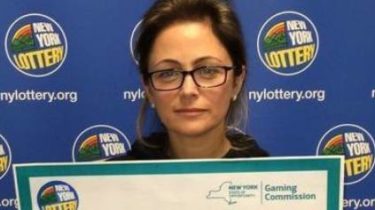 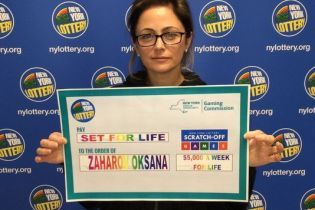 An immigrant from Ukraine, a 46-year-old Oksana Zaharova from the city Edgewater in the U.S. state of new Jersey won the lottery of 5 million dollars. The money she will receive the parts until the end of his life.

A lottery ticket, which had to scrape the protective field, the woman wanted to buy for $ 1 in Manhattan (new York) while shopping. It so happened that the seller accidentally gave her a ticket that cost $ 10 – in terms stated that the winner will receive 5 thousand dollars every week for the rest of his life. About it writes USA Today.

“The seller gave me the “incorrect” ticket. I was not feeling well. Decided to just buy it. Over the next few weeks I used a lottery ticket as a bookmark. And then did escarapela it,” – said Ukrainian.

In the victory she believed not at once.

“I never win anything. Was convinced that this ticket is fake. That’s true and it happened to me, I realized in the office of the lottery operator,” says Oksana Zakharova.

The first part of winning a woman is planning to spend on a family vacation going to the Bahamas. Also the money will go to the higher education of her two children.