Near the occupied Gorlovka to the checkpoint “DNR” dead man – OSCE 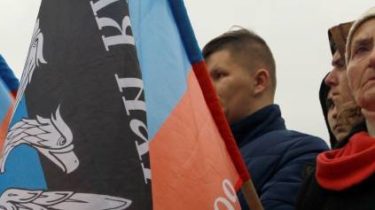 Near the occupied Gorlovka Donetsk region checkpoint of the militants “DNR” the man died.

This is stated in the report of Special monitoring mission of the OSCE.

The case occurred on 14 January. 65-year-old man from occupied by fighters “LNR” Alchevsk were found dead in the bus when it stopped at the checkpoint Donetsk militants.

In Gorlovka morgue OSCE observers said that the cause of death was a heart attack.

Earlier it was reported that on Donbass terrorists shot a civilian car at a checkpoint due to the fact that the driver did not stop on demand. The defense Ministry of Ukraine said that the militants tried to blame the victim of involvement in subversive activities in order to cover up guilt for his death.