Homework. Danyluk told about the progress of the reform to receive IMF loan 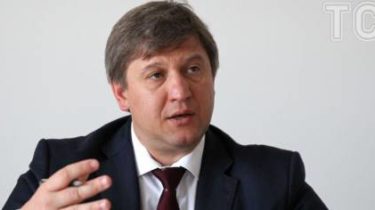 Ukraine urgently needs a loan from the International monetary Fund, the receipt of the tranche of which means unlocking funds from other international organizations.

Finance Minister Alexander danyluk hopes that Ukraine will fulfill all the conditions of the IMF and will receive the next tranche of the loan in the first quarter of 2018. He told about it on air “5 channel”.

“My task as Minister of Finance, to continue the successful work with the IMF. When we are in the program with the IMF can get extra financing from the world Bank, EU. The money now is important,” said the Minister.

Among the tasks completed pension reform. The law on privatization want to take in the Parliament on January 18. Also in the first quarter should pass a law about anti-corruption court.

“On the agenda is the completion of the energy reform is completely changing the model of operation of the gas market – the transition from monopoly to a more competitive market. This will contribute to attracting investment, greater competition is lower prices,” – said danyluk another obligation of Ukraine to the IMF.

We are talking in particular about the new formula of pricing of gas for the population. In government, the corresponding document is already prepared – the cost of gas could rise more than 8% from 1 April.

Danyluk recognized that delay in the tranche of the IMF loan impact on the local currency, which in recent weeks has depreciated. At the same time he reminded of more than $ 18 billion of international foreign exchange reserves of the national Bank, which can be used in particular to support the hryvnia.

If Ukraine fails to receive tranche from the IMF, will need to seek alternative sources of funding.

Earlier , the national Bank reported that in 2018 it expects two tranches of the IMF totaling 3-3. 5 billion dollars.