Satisfaction in the school: Russian students in shorts supported their comrades from the flight school 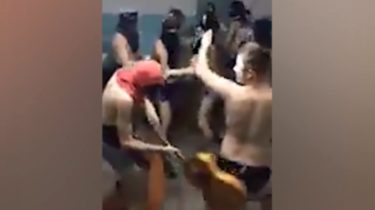 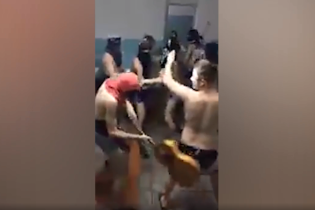 Students of the Russian agricultural College village Ryazanov that in the Ulyanovsk region, supported the cadets of flight school, who faces expulsion for a video dancing in the Dorm half-naked.

For this they filmed and posted online this movie. In the video the boys dancing and having fun in some homemade masks and shorts and playfully hit each other getreu ass.

Recall that students of Russian Ulyanovsk flight school in their Dorm filmed a parody of the clip of the Italian DJ benny Benassi Satisfaction. Guys in underwear, heavy army boots, leather suspenders from belts and caps pseudoceratina dancing for everyday chores: sweeping, Ironing, washing Windows and the like – in the original version of the Satisfaction this type of thing girls.