For the first time declared a truce, the militants never fired. Chronicle of the ATO 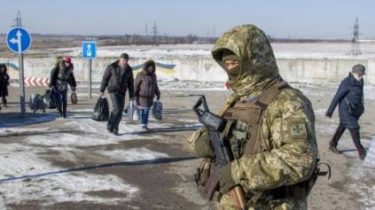 For 18 January in the area of ATO in the Donbas has not fixed any fire fighters. This was the first time since December 23, when there was to be a prearranged Christmas-the Christmas truce.

“Today in the ATO area passed without violations of the cease-fire. As at 18:00 along the demarcation line of the parties not recorded any armed provocation. The ATO headquarters stressed the need to ensure peace and tranquility and confirms the commitment to sustainable and comprehensive ceasefire at a meeting of the Trilateral contact group. Units of the Armed forces of Ukraine in the area of ATO ensure the implementation of all measures to maintain the truce along the line of differentiation of the parties and strictly adhere to the Minsk agreements”, – noted in the press center of staff ATO.

During engineering one Ukrainian soldier received a combat injury.

“It was immediately taken to a military hospital and provided necessary medical care. Life of the Ukrainian soldier is not in danger. Military doctors described his condition as satisfactory”, – is spoken in the message.

Meanwhile, Kuchma announced the date of the next negotiations on the Donbass.