“We need to put an end to this story.” The Finance Minister made a submission on the dismissal Nasirov 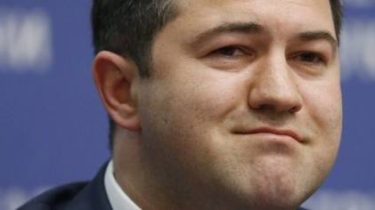 Cabinet of Ministers made a representation on dismissal of the Chairman of the State fiscal service of the Roman Nasirov.

“Yes, I filed a submission to the Cabinet of Ministers on dismissal of the Roman Nasirov. For a year there has been a violation of the law by Nasirov and you need to put a end to this story”, – he stressed.

According to danyluk, the decision on the competition announcement on the new head of the state fiscal service will accept the Cabinet.

“I hope that the question of dismissal Nasirov, the Cabinet will consider in the near future, perhaps at the next Cabinet meeting”, – concluded the Minister.