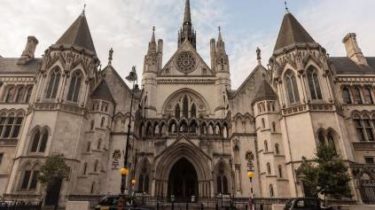 The court of appeal of London on 22 January will consider the submitted appeal by the Ukrainian side about Ukraine’s debt of Russia on Eurobonds, or “the duty of Yanukovych“.

On this edition of “Interfax” reported the press service of the Ministry of Finance of Ukraine.

The appeal of Ukraine will be considered, probably within five days. Consideration is to engage a panel headed by judge lady Gloucester. The members of the Board will be made by the judge David Richards and justice Sales.

The lawyer announced plans Yanukovych to return to Ukraine

The process will take place in open court.

We are talking about the Ukrainian debt to Russia at more than $ 3 billion that was provided to the authorities of Yanukovych in December 2013. It is known that in 2015 Ukraine has defaulted on Eurobonds, which bought Russia in 2013, giving the money to the then government. It was the first part of the Russian tranche, which in the end was to be $ 15 billion.

Earlier it was reported that Russia is ready to start negotiations on the debt of the President of the fugitive Viktor Yanukovych, $ 3 billion with other countries, however, the negotiations with Ukraine have not yet carried out.