Called the possible date of the exchange of hostages with ORDO 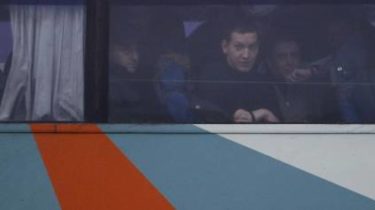 The next stage of the exchange of hostages between Ukraine and ORDO may be held in February or March of this year.

About this on air of the TV channel NewsOne was announced by Deputy Minister of the temporarily occupied territories and internally displaced persons Georgy Tuka.

“I very much hope that we are talking about Feb-Mar, perhaps even on February. This is my feeling and anticipation,” said Tuck.

He added that this is primarily due to the upcoming elections of the President of the Russian Federation in March.

“The fact that in March of an election of Mr. Putin, the next elections for the post of President of the Russian Federation, and he would do well in the election process to enter the white dose of peacekeepers,” – said the Deputy Minister.

We will remind, the next meeting of the Trilateral contact group on settling the situation in Donbas to be held on January 31.

The previous exchange of hostages took place on 27 December 2017. Then the militants gave 74 Ukrainians in exchange for detained militants 306.