How clean the snow near the houses of officials: Reid journalists in the elite courts of Kiev 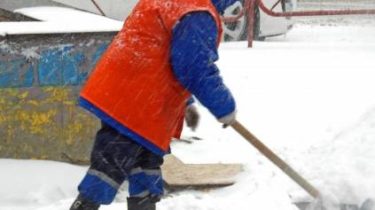 As you know, is responsible for city roads “kievavtodor” and the snow in the yards would have to remove the housing and the district administration. The journalists decided to find whether the status of the occupants of the houses on the quality of the cleaning of the yards, says the story TSN.19:30.

First of all, the authors were interested in the yards of officials who are responsible for cleaning the area. It turned out that under the house of the President of Obolon district state administration Alexander Cybulska workers cleared the sidewalks with shovels, and his neighbors quarreled over the status and conditions of cleaning the yard two entrances formed condominiums and arguing with other residents concerning the allocation of rights and duties. An influential official of the passers-by under the house, mostly heard, but argue that the quality of snow removal services this neighborhood has no effect. “If politically correct, for four years. No more,” admitted one resident.

If an urban path impassable – it is the fault of kievavtodor. But the answer for neglected yards have Hoo and district administration. Private entrepreneurs are obliged to clean the snow from the local area. If you don’t manage, ordinary citizens will be fined from 340 UAH. 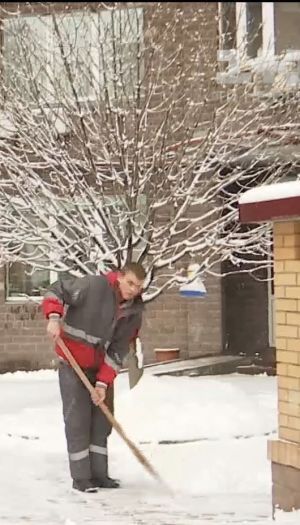 On Lukyanovka in the yard of the head of the Shevchenko state administration of evaluation is much harder. “Poor!”, “Not removed!”, – say the people. And assume that the official moved recently, because of the neighborhood they had never heard, nor the quality of municipal works did not notice.

Near Polytechnic University lives official already the highest level – the Deputy mayor Pyotr Panteleyev. His neighbors will recognize and call good, as the local roads are cleaned, and the glory of the handyman went to the nearby yards. Local residents say that hosts Panteleev exclusively near his home. “Double-shifted asphalt this year. When there is no water in the house is always there, and people go there collect water from the entire district,” says Natalya from Kiev.

In the centre near the house of mayor Vitali Klitschko, the utility worked very carefully, but even where it was cleaned, Kiev is still criticized. Covered storm and the yard of the Prime Minister Groisman – in a luxury complex work are not public utilities, and employees of the private housing Department, but even continuous efforts did not give the desired result. “The snow goes on and on – until one side was removed, there to attack. And so I go,” – said about his effort the employee housing Department.