Military pensions may increase by 77% – Reva 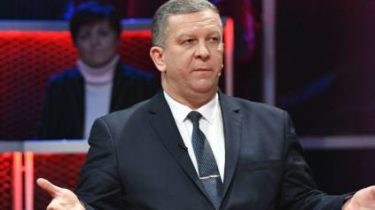 The reform of pensions for military personnel, the size of their pensions will grow by 77% and will take into account the interests of the combatants.

This was stated by Minister of social policy Andrei Reva, the press service of the Ministry.

“After the start of pension reform in 2017, the average pension in the country increased to 2448 UAH and the average pension of the security forces is 2600 hryvnas, that is, they are almost equal. It’s negative and wrong situation, because the military should have a larger pension. Therefore, after the changes in pension provision of servicemen, according to our calculations, retired military must grow no less than 77%,” said Reva.

The Minister assured that the recalculation of pensions will occur retroactively – from 1 January 2018. Although the law is still not adopted by the Verkhovna Rada.

Reva focused on the instruction of Prime Minister Volodymyr Groysman on the primary support to pension reform precisely those military servicemen who took part in the fighting, defending Ukraine. Therefore, the mechanisms that introduces a reform that will allow us to differentiate in a big way, pensions of the military compared with military personnel who were in the rear.

Earlier it was reported that military pensions will increase on the average on 1,5 thousand UAH.