The meat Department of a polyclinic: in Kiev, the hospital established trade with an unexpected product 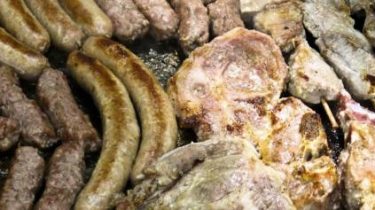 Sausage, sausages, salmon and a variety of cheeses in Kiev you can buy not only in the store or at the market, and just in the children’s clinic. The outlet is located on makeshift stalls in the middle of the hallways, says the story TSN.19:30.

Buyers are not too embarrassed that such products are sold without the refrigerator. The staff have even formed regular customers, who are attracted by the fact that the product give to try. That meat just lying on the oilcloth in the room where patients go, they don’t mind because that still seems to be no grass.

In makeshift tents meat products are sold directly in the middle of the corridors. Among the medical institutions of the capital – this is a typical situation. Despite the fact that the sausages they sell, violating all health standards without refrigerators and required documentation for the goods. Demand for the sausage there – among medical personnel. 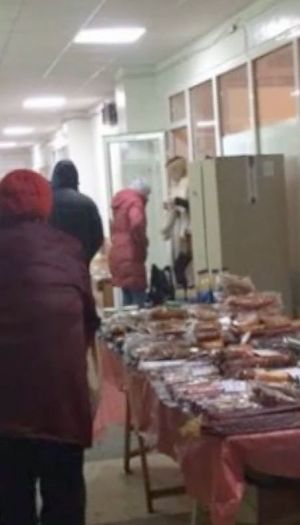 The saleswoman Svetlana permits and health books journalists show didn’t want to. Also didn’t want to introduce the man in a white coat, which gave the clerk orders to curtail the trade, and from journalists has demanded permission to shoot. Chief physician Galina Elk in the workplace was not her deputies hid, and the crew explained that in this day of celebration, and journalists by their presence interfere with the lunch break of the staff.

In the accounting Department assured that any contracts they no one was, because it is the prerogative of the administration. Which on contact has not gone. Therefore journalists have received assurances from the district health Department that no permits for such trade in the clinic is not provided. And showed the tape to the first Deputy head of Kiev Derepressible Alexander Ovcharenko. He called this trade disaster that falls under the concept of administrative offense. “It is the responsibility of the head of that medical institution. Can’t the doctor give permission to the illegal trade, moreover, he clearly understands what the requirements are. This or improper performance of their duties, or abuse of his official position,” he said.