On mine in the occupied Donbas exploded, there are victims 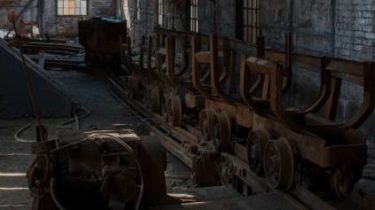 At the mine , “Zhdanov”, which is located in occupied Zhdanivka in the Donetsk region, an explosion occurred, which killed two miners, told the local “MOE”, “DNR”.

It is noted that the cause of the accident was the explosion of a methane-air mixture.

At the time of the tragedy inside the mine was 316 people. Two people from the 1970s and 1980s birth died. The others managed to get to the surface yourself.

We will remind, earlier it was reported that according to the conclusions of the OSCE, since the beginning of the conflict in the East of Ukraine 36 mines in the region are no longer usable due to flooding or full flooding. Such studies have been conducted by the OSCE with the support of the governments of Austria and Canada.