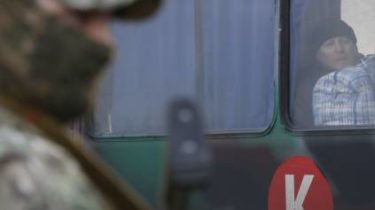 The Ukrainian side gave the rebels the woman in the exchange of hostages. The transfer took place on Sunday, January 21, on cat as well as “Maori” in the Donetsk region.

This was announced by Vice-speaker of the Verkhovna Rada, Ukraine’s representative in the Trilateral contact group Irina Gerashchenko.

According to her, on the eve of President of Ukraine Petro Poroshenko has pardoned a woman to continue the process of liberation of the hostages.

“The woman appealed to the President asking for clemency, fully admitted his guilt, she received severe injuries during the Commission of a crime in the nei amputation and the baby. The President went on a humanitarian step of pardons for the release of our hostages”, – said Gerashchenko.

As agreed in the Minsk agreement, the militants now have to transfer to the Ukrainian side captive member of the Armed forces of Ukraine. His name Gerashchenko not called.