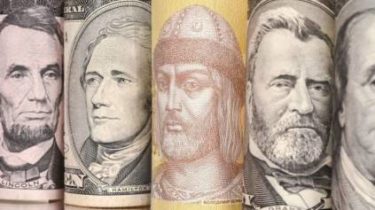 The so-called group of Viktor Yanukovych’s “Family” stole from Ukraine and brought to the accounts of offshore companies worldwide with at least $ 40 billion, said Prosecutor General Yury Lutsenko.

Three years ago the state service of financial monitoring blocked the accounts of close to Yanukovych and his associates a part of the stolen money half a billion dollars or less than 3% of the declared 40 billion last year , half a billion confiscated and transferred to the state Treasury. As stated in the story TSN.Week, the key thing you should pay attention to “court,” which nobody saw because of the desire of GPU to classify.

“Classified” means that generally none of the “mere mortals” can’t see how stole billions and who is behind it.

However, recently a document surfaced. It unveiled an international TV channel Al Jazeera , Ukrainian journalists and yet.

From the court document becoming aware of the eight schemes for which Yanukovych and the company and stole billions. This applies to multiple banking transactions and fraud around the state of oil and gas.

“Companies are private, and mostly offshore jurisdictions, are pumped out of the state funds. The withdrawal of these funds abroad. And then there is the essential need – to legalize the money”, – said Vitaly Shabunin, Chairman of the public organization “Center of counteraction of corruption”.

The GPU does not rule out that offshore firms have the opportunity to seize confiscated, “Yanukovych’s money”

To not only have stolen the dollars, but to “launder” them”, was specially created by one of the schemes, which is spoken in secret court order. The offshore company that brought the stolen money, began to buy foreign currency bonds of domestic government loan. Simply put: some stolen from the money of Ukraine, Yanukovych and the company purchased Ukraine’s securities. Thus criminals like officially have debt to the state the money that she has stolen.

“The state gets back the money with interest. At the time of transfer of the money these companies money becomes white and clean” – said Shabunin.

And the whole story is like an iceberg. We see only its top, when everything is hidden under water.

As stated in the secret decision of the court, to purchase government bonds for Yanukovych and his supporters in 2013 helped the Ukrainian company ICU, full title of which is Investment Capital Ukraine. She actually earned this operation.

Then the founders of this company were Valeriy Gontareva and Makar Pasenyuk, which the media called the “financier” of the President of Petro Poroshenko.

Among the fighters are sure that this could be one of the key reasons for the classification of judicial decisions. “Not to question Pasenyuk, Gontareva and managers of this campaign at the time, we think this decision was hidden under the heading “state secret” that we couldn’t see it,” – said Shabunin.

In most Investment Capital Ukraine insist on “legality of their actions” in buying bonds. Hard to argue because a court case is classified.