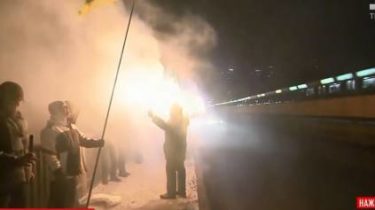 On the evening of the Day of enthusiasts came to the Metro bridge, to honor the idea of unity of Ukrainian lands. Hundreds of people came to share and stretched from one Bank of the Dnieper to the other, says the story TSN.19:30.

For a few minutes, the participants lit flares and other pyrotechnics to lighting to decorate your event. Her, despite a frost, have come even whole families with young children. Everyone had formed on the bridge a human chain. “I came here today because for me, this symbolic bridge. I’m originally from Western Ukraine, but 20 years I lived in Berdyansk. And in my heart there is a bridge forever. For me Ukraine is United”, – said the participant of the action Sidor Kiral.

Earlier in the morning at the Paton bridge waving yellow-blue flags and ribbons in the event for the Day of reunion was attended by many children. And in the afternoon at the Independence square gathered at another human chain along Khreschatyk. The participants deployed a kilometer flag sewn on the flap of each district of the state.

Videohive circuit and a flaming torch: FM Kiev celebrated the 99th anniversary of the unification of UNR and ZUNR

In Kiev in the morning created a live chain of unity, and later launched a record on the Ukrainian flag. In the evening residents and guests of the capital on the metro bridge lined up, joining the two banks of Ukraine. 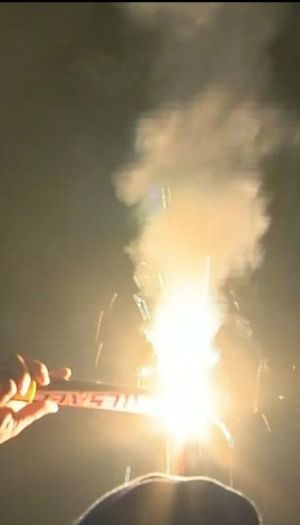