One pace with technology: Ukrainian officials declare the cryptocurrency 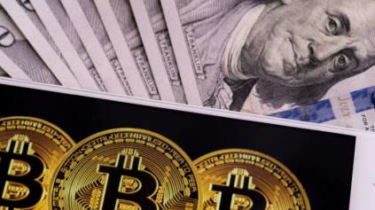 Ukrainian deputies, officials and businessmen, relating to state property, have started to specify in the electronic declarations bitcoins and other cryptocurrency.

“Over the past two years, 57 public servants have registered bitcoins as intangible property,” – said in the message.

It is noted that most of the owners of the popular cryptocurrency is now working in the Odessa regional Council, and the second place were the workers of the Verkhovna Rada of Ukraine.

It became known that the Telegram will release a cryptocurrency Gram

Among the owners declared cryptocurrency was the Deputy from BPP, head of the Kyiv branch of the party “Solidarity” Dmitry Belotserkovets, the Deputy from BPP Alex music, MP, Chairman of the party “Internet party of Ukraine” Dmitry Golubov and a number of representatives of the Odessa regional Council, Ministry of internal Affairs, limited liability companies and the like.

Interestingly, the national Bank of Ukraine does not recognize bitcoin as a virtual currency, therefore, according to the service Opendatabot significantly increases the risk of financial abuse and corruption.

We will remind, earlier the head of the NSDC Oleksandr Turchynov said that Ukraine will work on improving normative-legal base for attraction of the country to the cryptocurrency market and legalization of mining activities.