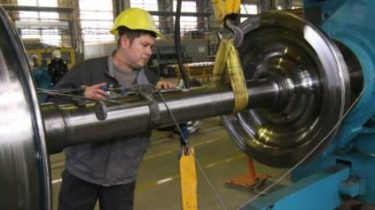 The Eurasian economic Union (EEU) comprising Russia, Belarus, Kazakhstan, Armenia and Kyrgyzstan, can set for the company Interpipe, the Ukrainian businessman Victor Pinchuk anti-dumping duty in the amount 34,22% at the time of delivery of forged wheels.

Now duties for Interpipe amount of 9.75% (including the import), and the artificial restriction of competition will lead to monopoly prices. After all, Interpipe has more than 99% of imports of wheels in the EEU. About it writes “Kommersant”.

In the 2013-2016 period “Interpipe” has increased its market share from 10% to 24% due to the dumping, and the Russian players by the end of 2016 restrain prices despite cost of growth and investment in modernization. From January 2016 to November 2017, the Russian manufacturers have increased the price of products by 30% and the cost of the wheels of “Interpipe” – “following the price set by the Russian manufacturers,” said the head of the Council of consumers of JSC “Russian Railways” Ilya Yuzhanov.

Metallurgists believe that markets have enough internal capacity, but consumers are seriously concerned about shortages and rapidly rising prices, even considering their current increase in a competitive market is inadequate.

The decision to raise or nepovyshenie anti-dumping duties for Interpipe have to take for a month and a half.

Earlier it was reported that the United States retained anti-dumping duties on Ukrainian steel products.