From Kiev found his dog after five years 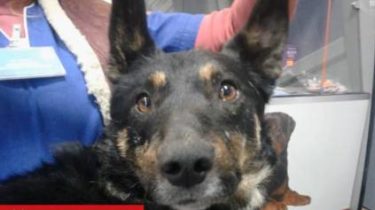 In Kiev, people saved the crippled dog, who was later identified by the owner after five years apart. Now the long-suffering dog will return home, says the story TSN.19:30.

Lana Vetrova saw an animal at the crossroads and are unable to pass a dog shivering with cold, and her paw was broken. Christmas eve has become for women in operation to search for a veterinary clinic and rescue dog. “He was so exhausted that just the way asleep. I was afraid that he had died,” – says the Savior. Veterinarians by the nature of the wounds and dozens of ticks on the frail body suggested that the animal caught in a trap, and when the hunters saw that it was not a Fox, threw the dog in the lurch. In front of doctors and Lana was a dilemma: or quickly and cheaply troubled to amputate the leg, or go expensive, difficult and long path of treatment without any guarantee of success. Chose the latter – Lana relied on the good feelings of people from social networks, which told his story.

Videops who cares about collecting money for an operation, social network found his real owner

The dog that was standing in the intersection, Lana saw out the car window. The evening turned into a search of the clinic. In the hospital the dog was immediately taken to surgery. The operation, which lasted 5 hours, and further rehabilitation doctors have estimated in 10 thousand hryvnia. Lana immediately asked for help in social networks. There he saw a real mistress who nurtured him from a pup and one not found in the house. 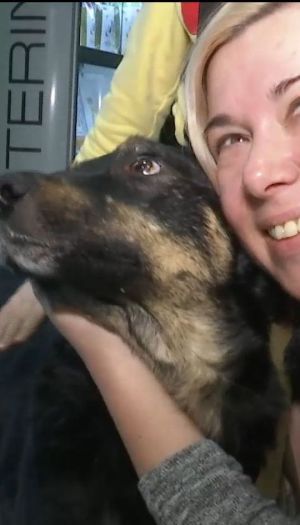 The decision was justified, because the foot still fused together, friends from Facebook have started collecting 10 thousand hryvnia for hours of operation. And in social networks saw a picture of a dog Natalia Sachenkova. “Lightning is this: look – this is my Lucky! Let’s count all the spots, check photos this is our dog,” she said. The woman remembers how in 2011, took a six-week puppy from a shelter, nursed it with hands, because the dog ate poorly. He slept in bed with the owners, lived in the yard, sometimes ran into the street and played a cruel joke, it was stolen. After many years of separation Laki learned Natalia.

At the hospital, the dog will hold a few more weeks, after which Natalie will take him home. However, to put the dog on the paw, the family lacks money, and they hope to support. Now your pet, they promise to deliver the gate unattended.