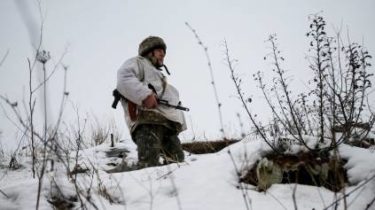 For Tuesday, January 23, in the area of ATO in the Donbas was not recorded any attack by militants.

“Since the beginning of the day along the entire contact line fully preserved the cease-fire. As at 18:00 not a single fire in the direction of position Armed forces of Ukraine were recorded. Units of the ATO forces ensure the implementation of measures to maintain the truce along the line of differentiation of the parties and strictly adhere to the Minsk agreements”, – stated in the summary of the press center of staff ATO.

Meanwhile, the OSCE declares about the preparations for the escalation of the conflict in the Donbas.