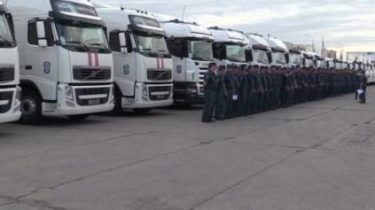 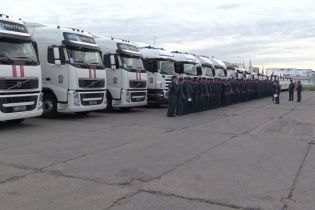 Terrorists “DNR” in the Donbass announced the arrival of 25 January, the first in 2018, “humanitarian convoy” from Russia.

It is reported under the control of terrorists DAN edition.

It is noted that in the temporarily occupied territory of Donetsk region on January 25 to arrive 73-th “humanitarian convoy” from the Russian Ministry of emergency situations of the Russian Federation.

The terrorists report that Russia allegedly delivered 286 tons of assistance, including food kits for families with children up to three years.

Recall, the world food program stops its activity on the territory of Donbass in Ukraine from-for problems with financing.