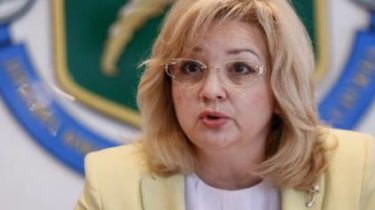 “23 January 2018 detectives of the National anti-corruption Bureau of Ukraine under the procedural guidance of the prosecutors of the Specialized anticorruption Prosecutor’s office informed the Chairman of the State audit service on suspicion of illicit enrichment in the amount of about UAH 10 million and the Declaration of false data. Preliminary legal qualification — part 3. 368-2, p. 366-1 of the Criminal code of Ukraine”, – stated in the message.

As noted, the suspicion has been agreed by the head of the Specialized anti-corruption Prosecutor’s office.

According to the investigation, the official during the 2015-2017 received in property assets, the legitimacy of the grounds of acquisition which was not confirmed by evidence, and the cost of which greatly exceeds legitimate income.

“We are talking about the purchase of real estate objects in Kyiv (apartment, two Parking spaces), SUV (2016 release), expensive furniture, technique, gold bullion and cash in the amount of 112.8 thousand dollars. USA and 8.5 thousand euros, was found and seized by detectives NAB during a search of the apartment at the place of residence of the official,” said the Bureau.

In addition, according to the detectives NAB, Gavrilova made knowingly false information in the annual e-returns for 2015 (over 2.86 million) and 2016 (more than 4.67 million UAH).

“The clerk stated false the cost of apartment belonging to it in the city of Kiev: 1.06 million instead of the actual almost UAH 2.74 mln UAH. Also not reflected car and two Parking spaces owned by her ex-husband, with whom the family relationship is not actually terminated and, in accordance with paragraph 2 of part 1 of article 46 of the Law of Ukraine “On prevention of corruption”, said property was to be reflected in the annual Declaration,” – said in NABOO, believing that the officer deliberately hides from the public authorities and the public their real wealth.

Note, the investigation of these facts, the detectives NAB began in January of 2017 on their own experience.

We will remind, in November of 2017 in the media appeared information that the detectives NAB in the procedural manual SAP suspect the head of the State audit service Lydia Gavrilov in the submission of false data in declarations for 2015 and 2016, and also in illegal acquisition of assets in the amount of 9.92 million.

In turn, the official said Dniathat he had not received any official notice from NABOO. According to Gavrilova, excitation against it criminal proceedings is pressure from NABSbecause the activities of the two departments are closely linked.

“I want to note that I regard the fact of excitation of this criminal case as an attempt of pressure on me as the head of financial control, employees of which often involved the NEB to conduct inspections in the framework of criminal proceedings. What has been given such publicity, the dissemination of information that seems to be where there is a suspicion against me, I think it’s a reaction to the NAB that recently my colleagues and subordinates were compiled and signed the inspection report, which refers to the abuse of one of the leaders of NABOO,” said she.