The rescued Ukrainian doctors and their militants declared a deserter 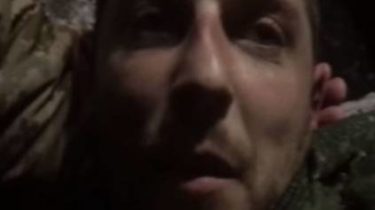 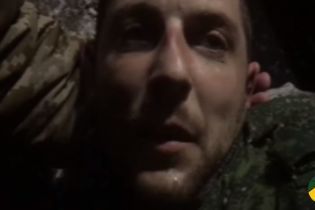 19 January in the area of Shirokino enemy sabotage and reconnaissance groups, which are very close to the positions of the Ukrainian military opened fire, left after the retreat of a wounded soldier. Military APU gave him first aid and was taken to the hospital.

Ukrainian doctors seven hours saved his life and said afterwards that the man, who was seriously wounded in the groin, though, and is in serious but stable condition.

It later emerged that the gunman’s name is Alexander Elders, and he came from the Petrovsky district of Donetsk.

According to him, he is ordinary, but the military believe that in its manner of communication seems to be seriously preparing.

“The injury was heavy, plus we gave him painkillers to convey. Under all that people without special training, the city would nonsense. However, he repeated the same thing,” said one of the soldiers.

The wounded man was dressed in the uniform of the Russian military and were carrying AK-74 and ammunition cartridges. All this was handed over to the police to record the fact that the mercenaries in the Donbas with Ukrainian soldiers are fighting primarily with Russian weapons and ammunition.

Later, the Press center of staff ATO has published an intercept of conversation between fighters about a wounded scout. In the recording talking about him as a “body”. And then you decide to recognize him as a deserter.

“Everything, in short, guys, blame you didn’t know he was going, nobody knew. He put on a suit, went on the eye,” says one of the militants.

In comments to the intercept, the Press center said that in this way the command of the so-called “9-th separate mechanized regiment of Marines” trying to hide the failed operation of your saboteurs. What Callsign captive of militants of “Small” and he is Deputy commander of the “1st rifle platoon of the 1st rifle company, 3rd infantry battalion”.

As previously reported, currently the action is in intensive care under the supervision of military physicians. Doctors prepared him for the next stage of medical evacuation.