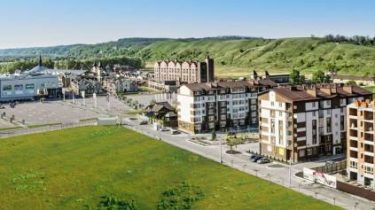 We decided to investigate what lies behind the low price and what will happen to the investor of suburban housing after a couple of years.

I.e. those areas that are most densely built up, they demonstrate to the market low price.

What caused this behavior of developers?

I know developers and what not to say to future investors? – About the prospects of serious traffic jams at the exits to the main highways, particularly after a year or two. The above directions are problematic now, and after a couple years of construction and settlement, it will be a big problem.

What to do in such a situation? – Dumping, yet the market has not estimated future traffic jams. 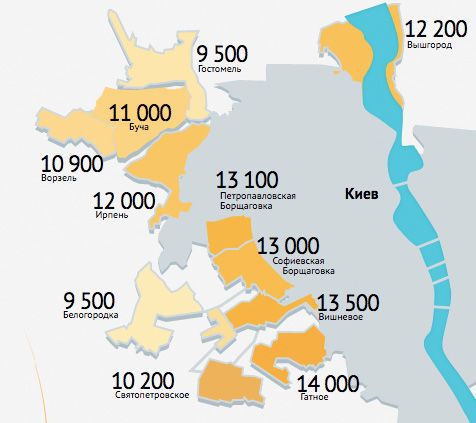 How densely built up these areas:

Proximity to roads, the forest beer club of Odessa and District, reduce the likelihood of “standing in traffic”, and it is immediately reflected in the price – it gets higher.

Which of the areas of the suburbs of Kiev is the most promising? The experts call these:

Main arguments: lowest number of new projects under construction and time on the road in these areas of the tubes to the capital no. From Hodoseevka, in rush hour, can be reached in 15 minutes from the upper town a little longer.

What happens to a buyer who chose a fairly expensive suburb in the segment 13 000-15 000/m2? Because of the high prices included a comparative analysis with a similar price offer in Kiev.

Analyze the offer of residential complexes in Kiev, in this price range, and we see that it presents 22 new buildings, half of which is problematic complexes Wojciechowski and his infamous Ukogrup, and the second half is a monolithic high-rises on the outskirts of the capital.

· buy cheap the suburbs – already stuck in traffic, and with time the situation will only get worse

· buy the more expensive suburbs, the risk of congestion is reduced, BUT there is Kiev

The best option is to find accommodation in the form of classic suburbia in a good direction. It should be a low-rise red-brick houses are desirable in a good direction. Yes, the cost of such housing can be comparable to the capital, but in the future every investor understand the correct attachments.

We recommend you to pay attention to a complex under construction in Novoobukhovskaya direction of the LCD “New Koncha-Zaspa” and an “Vlasna”. The concept of these projects fully meet commuter housing in the best European traditions.

This is a historically successful direction. Near Pechersk district, the government district, the Metropolitan highway, sport base “Dynamo”, the prestigious Concha Zaspa – in this direction the most fashionable and advanced ALL and all the most expensive.

Take your pick and a good investment!