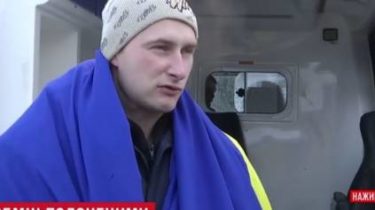 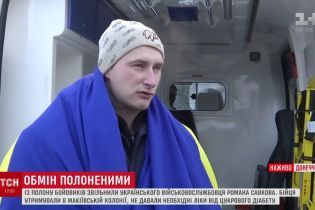 29-year-old vinnichanin novel Savkov, which were released today, were captured in the summer of last year under Krasnogorovka. Then in the battle killed three of his brothers, says TSN.16:45.

Until recently, the time and place of the exchange was kept secret. Traded it about 16 hours in the Hope Kozlov, who was sentenced to 14 years for the murder of two national guardsmen. She was recently pardoned by the President that there was an exchange.

Soldier of the 92nd brigade received combat wounds in captivity he was given help. The guy says that physically it on the side of the insurgents are not crushed, but there was strong moral pressure. Did not give normal power and there was no communication with the family.

Captured 29-year-old resident of Vinnytsia got last summer under Krasnogorovka. Then in the battle killed three of his companions. Soldier held in Makiyivka colony, was not given the necessary medication of diabetes. 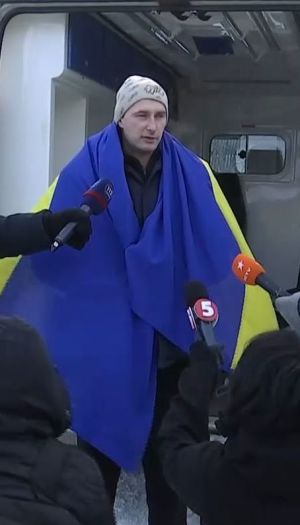 “It was hard without communication with his family. And so, as a prisoner, patient exchange”, – said Roman after release.

Through stress and poor conditions of detention in savkova appeared diabetes. Just two months he lost 30 pounds because of the illness – with 80 kg weight up to 50. Insulin into the occupied territory passed illegally through volunteers. Due to this insulin a fighter and survived.

After release the guy immediately made to talk to my mother. Roman didn’t believe in sharing, because it has twice withdrawn from the things and returned back to the cell.

In the occupied territory Savkov seen five more just like him, fighters who were captured. They are also waiting for the exchange and asked Roman to tell you that I hope for a quick exchange.

Conditions of detention, the military says, was terrible. Worse are the bugs and hygiene. The guy now wants to be home in Vinnytsia region and their health.