The free trade zone and the genocides of the two peoples. What he was talking about Poroshenko with Netanyahu 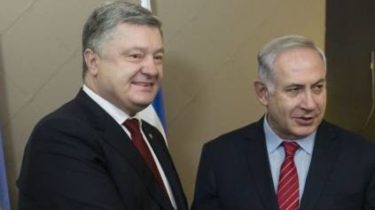 Ukraine and Israel have confirmed readiness to conclude the negotiations concerning the agreement on free trade zone between the countries to further enhance economic cooperation.

This was discussed during the meeting of President of Ukraine Petro Poroshenko and Prime Minister of Israel Benjamin Netanyahu.

“The parties discussed the issues of bilateral agenda and ways of further development of traditionally friendly relations between Ukraine and Israel. Expressed satisfaction with the positive dynamics of development of Ukrainian-Israeli political dialogue at all levels. The head of state renewed his invitation to Benjamin Netanyahu to carry out an official visit to Ukraine at any convenient time”, – said the press service of the President.

Poroshenko expressed gratitude for the fact that Israel in December 2017 was supported during a vote a resolution of the UN General Assembly on Crimea.

The parties also discussed the situation in the Donbass and the need for the deployment of the UN peacekeeping mission in the occupied territories.

The President recalled that in 2018, Ukraine celebrates the 85th anniversary of the Holodomor of 1932-1933. So that Kiev expects Israel to recognize the tragedy as genocide of the Ukrainian people. And given the celebration on January 27 in Ukraine and around the world the International day of remembrance of the victims of the Holocaust, Poroshenko expressed his solidarity with the commemoration of the victims of this tragedy. 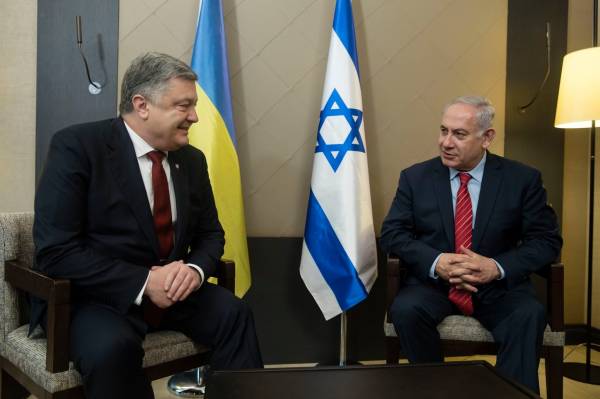