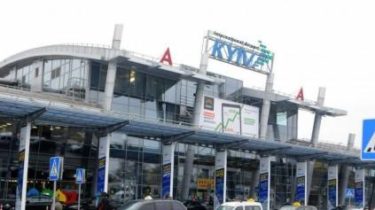 The Commission kiyevsovet concerning culture, tourism and information policy supported a project to change the name of the airport “Kiev” (Zhulyany) in honor of the aircraft designer Igor Sikorsky. This is stated in the message on the website of the Kyiv city Council.

Reportedly, the name for two months was discussed on the website of the Executive body. During this time, no comments or alternative proposals received.

The Chairman of the Commission on culture Victoria Fly believes that “this decision will contribute to honoring the memory of an outstanding aircraft designer Igor Sikorsky”.

It is noted that the draft decision still needs to consider permanent Commission of the Council on governments, regional and international relations.

In Pereiaslav-Khmelnytskyi want to return the city its historical name

Recall that the Kyiv city Council agreed to rename the Moscow bridge in the North, the Park “Friendship of peoples” in the “Murom”, as well as a number of other Metropolitan facilities. Also the name of a receive object, which is still the name had not.