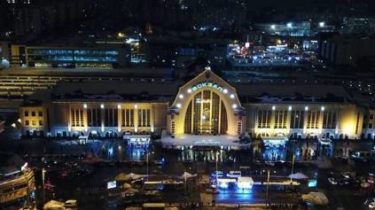 In Kiev, detained members of an organized criminal group from among existing officers of the judicial police at the station Kiev-Passenger, under cover of which professional thieves committed crimes on the territory of the station.

It is noted that he headed the group of police Lieutenant Colonel – the chief of sector of criminal police at the station Kiev-Passenger.

In Kiev caught a gang “werewolves in epaulets”

“The crimes the latter has attracted at least 5 of the operative officers of the criminal police and several groups of professional thieves, who paid tribute to law enforcement for the opportunity to “work” at the station. In addition, thieves were systematically shared with police officers kidnapped the citizens of property”, – stated in the message.

Now 7 members of an organized group announced on suspicion of committing a serious crime under part 5 of article 185 UK of Ukraine (the sentence to 12 years with confiscation of property) and additionally it is declared suspicion under part 2 St. 364 criminal code of Ukraine, officials of the National police, which was part of an organized criminal group.

“Through this investigation, 25 Jan 2018 investigators of capital Prosecutor’s office together with employees of DVB Nacpac of Ukraine conducted more than 35 raids on the residence of defendants in criminal proceedings and in the offices of the officers of the national police. Also prepared petitions for the election of each of the members of the group the measure of restraint in form of detention”, – added in Prosecutor’s office.

The investigation is continuing.

We will remind, earlier at the Central railway station of Kiev law enforcers conducted a special operation to detain 5 workers, police, who for long time have made attacks on citizens and their robbery.