Sakvarelidze was handed the charge for transporting Saakashvili across the border 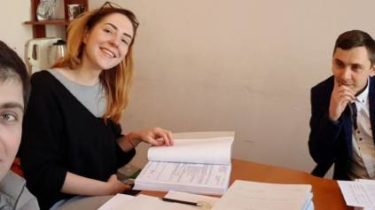 Lviv Prosecutor’s office presented the indictment of ex-Deputy Prosecutor General David Sakvarelidze in the number of offences during crossing the border at the checkpoint “shehyni” together with the leader of the “Movement of new forces” Mikheil Saakashvili.

He said this on his page in Facebook and posted a photo of the document.

“The presentation of charges in Lviv. It’s “Conscience,” wrote Sakvarelidze. 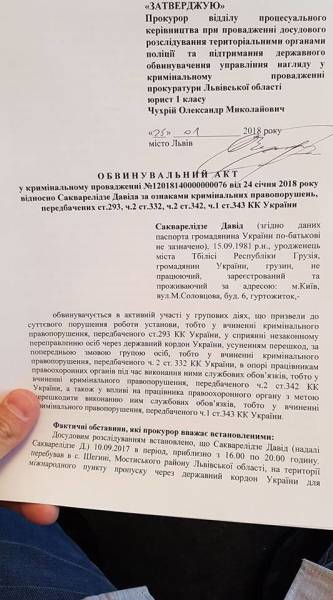 According to the indictment in criminal proceedings of January 24, 2018, Sakvarelidze “is accused of active participation in group actions, which led to a significant violation of the institution’s work, in facilitating the illegal trafficking of persons across the state border of Ukraine, the removal of obstacles on preliminary arrangement of persons”.

Recall, September 10, Saakashvili, who was deprived of Ukrainian citizenship, entered the territory of Ukraine through KP “shehyni” in Lviv region, although I was going to make it through KP “Krakovets” in the same region. Before he reached the border by bus.

At first he tried to cross the border by train intercity “Przemysl – Kyiv”, but he was detained as a “person who has no grounds for entry into Ukraine“.