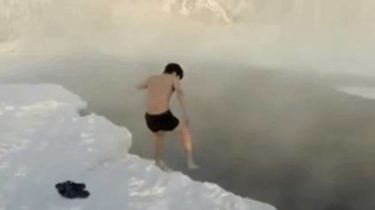 Citizen of Japan has decided to plunge into the pond at -60 during your stay in Yakutia. Video about this experiment appeared on YouTube and in three days collected nearly a quarter of a million hits.

It all happened near the village of Oymyakon. The video shows a man in shorts runs screaming out of the van plunges into the river and quickly runs back.

According to him, he did it in order “to know the Russian soul”.

We will remind, earlier there were photos of how the mayor of Kiev Vitali Klitschko along with his deputies, heads of districts and deputies of the Verkhovna Rada and Kyiv city Council in the morning, January 19, ducked in Holy water. As well as reporting from the scene, where he immersed himself Lyashko and Saakashvili.

Videogenie and wet: swimming in the hole, the Ukrainians turned to extreme heats

Thousands of Ukrainians across the country today, bathed in the hole. With squeals, shouts and – necessarily – with a selfie. In Kiev was equipped with a dozen places to dive in the icy water. Each on duty doctors and rescuers. But supporters of the winter bathing went on, turned a religious holiday into the extreme and instead of three short dives staged swimming and extreme slopes into the water. 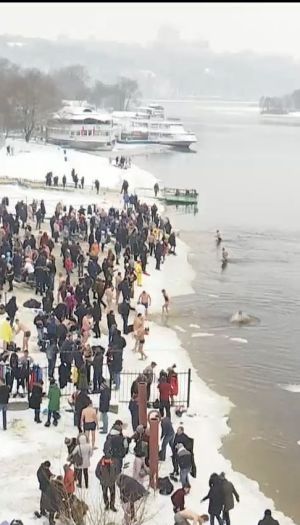