Wounded in the Donbass Ukrainian military. Chronicle of the ATO 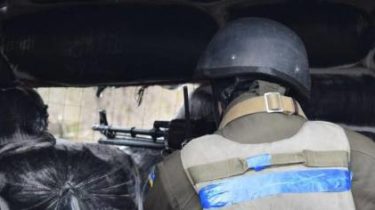 In the area of ATO in the Donbass again the cease-fire. It broke the militants who twice fired at positions Armed forces of Ukraine.

“Despite the small number of attacks, the full observance of the cease-fire there. The Russian occupation groupings in some areas the line of demarcation continue to provoke ATO forces in combat confrontation. In the course of the day recorded two cases of violations of the silence. At Donetsk direction the enemy 120-mm mortars fired on strong points of the Ukrainian army around Novotroitsk. Also grenade launchers of various types of fighters fired at our positions near the Water on the sea of Azov”, – stated in the summary of the press center of staff ATO.

During the shelling of the militants was wounded Ukrainian soldier.

“Military doctors qualify the health status of our defender as satisfactory” – said in the message.

Meanwhile, the former commander of US forces said that the emergence of a Javelin in Ukraine may force Russia to revise the behavior in the Donbas.