In Ukraine reduced the production of cigarettes, vodka and cognac 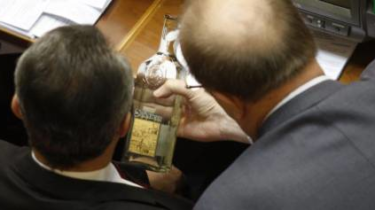 In particular, the volume of production of cigarettes containing tobacco or mixtures of tobacco substitutes tobacco, was 92.1 billion pieces. In 2016, was of 98.2 billion, which is 5.7% more than in 2015.

At the same time, the volume of production of liqueurs and other alcoholic beverages in the past year increased by 18.3% compared to 2016, and made up 6.24 million dal.

The data are presented excluding the occupied territory of the Crimea and the ATO area.

Recall, from January 1, cigarettes were again added to the price. Their value will grow over the next seven years.