The American chain Starbucks is exploring the question of entering the Ukrainian market.

This was announced by mayor of Kyiv Vitali Klitschko said at a speech in the Ukrainian House in Davos, reports “Interfax-Ukraine”.

According to him, he “will do everything possible for the release of the us coffee shop chain in Ukraine.”

Every year at Davos is one of the world’s most prestigious events — the world economic forum. The Swiss ski resort attracts hundreds of world young businessmen and public figures to world leaders.

Together with the world economic forum in Davos, there are two Ukrainian events, which, however, directly related to the forum have and continue beyond. Traditionally, the “Ukrainian Breakfast”, organized by the Victor Pinchuk Foundation. And a new event — the “Ukrainian house”, where the Ukrainian business will present its potential for foreign investors.

Recall, 24 January in Davos at the world economic forum was not without traditional provocations from the Russian media, who are always informed about where to meet Ukrainian delegation. Journalist with microphone unmarked exclaimed to the President of Ukraine Petro Poroshenko, the question is: “Why have you adopted the law about the war?”. Poroshenko reacted to her embroidered shirt and advised to “remove shirt”. He also noted that the answer to the question, if he sounded Ukrainian. What provokatorshu noted that the President of Ukraine understands Russian language.”

Working resort. At the world economic forum in Davos, it’s time for important negotiations. The President of Ukraine Petro Poroshenko met with head of the International monetary Fund Christine Lagarde. Negotiations promised to be difficult, given the recent criticism of the IMF in the direction of Kiev. 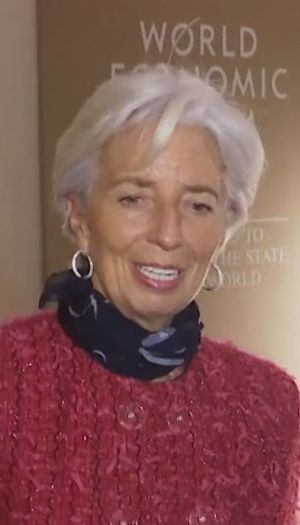