Poroshenko called it a threat to the world from Russia, which will help to overcome Ukraine 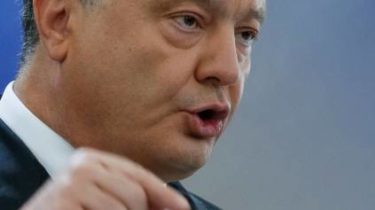 President Petro Poroshenko called the fake news part of Russia’s hybrid war, and the experience of Ukraine in countering Russian propaganda will help to protect the world.

He stated in Switzerland during the “Ukrainian Breakfast”, which takes place in the framework of the world economic forum in Davos.

“Our strategy also is a very important step for the future of civilization. I think that will be very important to keep the course that keeps Ukraine in order to protect the world from the fake news” – he stressed.

Poroshenko noted that the fake news are spreading all over the world, in most European countries.

“Fake news very well koordiniruyutsya, it is part of the Russian hybrid war”, – added the head of state.

Yesterday, January 24, in Davos, Switzerland at the world economic forum was not without traditional provocations from the Russian media. Journalist with microphone unmarked shouted to the President of Ukraine Petro Poroshenko, the question is: “Why have you adopted the law about the war?”