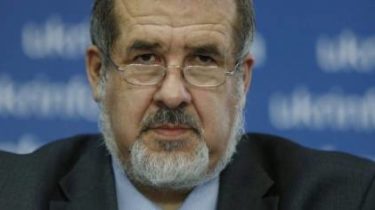 The people’s Deputy from “Blok Petro Poroshenko” and the head of the Mejlis of the Crimean Tatar people Refat Chubarov at the hearing against the President-the fugitive Victor Yanukovych told about the Russian takeover of Crimea.

Chubarov said that on February 26, 2014 in the Verkhovna Rada of Crimea there were people in camouflage clothes, and no one knew who they were. Deputies tried to start the meeting. The Chairman of BP of the Crimea Vladimir Konstantinov gave the command to register, but registered a total of 49 deputies. Konstantinov declared a break for 30 minutes.

Ukrainian MPs understood that Konstantinov wants to push through Parliament decisions that ”will blow up the Crimea.” A quorum was not held, and Konstantinov said that the meeting will not take place. According to Chubarova, he went outside and called the participants of the rally near the Crimean Parliament to disperse, as the meeting of the VR ARC will not, and almost all gone.

27 February at 4.00 a.m. he called out Republican control of the SBU and said that the building of the Verkhovna Rada and Council of Ministers of Crimea were seized by unknown persons, who have modern weapons. Chubarov then made contact with local journalists and asked them to warn people not to approach the buildings of the Crimean Parliament and Council of Ministers.

Later the same morning in the suburbs of Simferopol were APCS. The members of the crews of military vehicles, explained that they were from Sebastopol go to the base in Simferopol and broke, said Chubarov.

”I realized that here come into effect, Russian troops,” – said the head of the Mejlis.

He also said that on February 28 in the Crimea arrived the delegation from Tatarstan (Russia), members of the delegation claimed that he had come ostensibly to help co-religionists. Chubarov said that the Crimean Tatars doubted the sincerity of the intentions of guests who arrived after the Russian military.

Also in early March in the Crimea was visited by many deputies of the state Duma of the Russian Federation and the Russian military began to take siege to Ukrainian military facilities – airfields, military units.

Victor Reznichenko today during the trial for treason of Viktor Yanukovych told about the way the former President from Ukraine to Russia. Briefly about the last three days before Yanukovych’s final flight, see TSN. 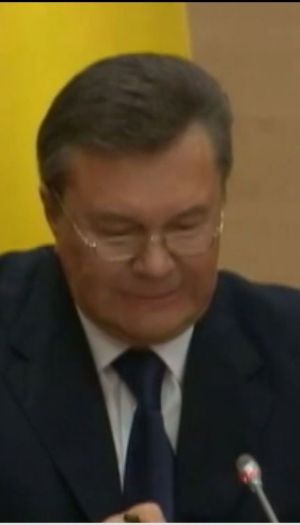 Earlier in court against the President of the fugitive commander of the naval forces of Ukraine Vice-Admiral Igor Voronchenko, who during the annexation of the Crimea was responsible for the coast guard, told how the Russians blocked the military units, and he himself slipped allegedly ordered the surrender of weapons from the Minister of defence of Ukraine, however, the military recognized the fraud.