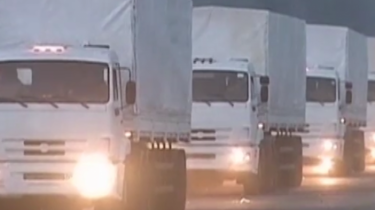 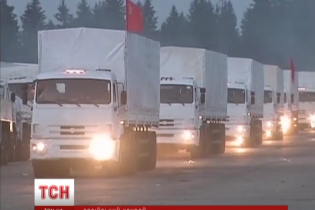 Today, January 25, from Russia to the occupied Donbass drove trucks with so-called “humanitarian aid”. The Ministry of foreign Affairs of Ukraine expressed its protest in connection with the continuation of the Russian Federation illegal practice direction “gumkonvoi”.

40 trucks two columns illegally drove on territory of Ukraine through the Russian border crossing points “Donetsk” and “Matveev Kurgan” in the Rostov region.

“Russian cargo was taken contrary to the norms and principles of international law and previously agreed conditions and modalities between the two parties and without an official consent of the Ukrainian side, in violation of the requirements of the legislation of Ukraine. Specified the convoy again crossed the border through the temporarily uncontrolled by the Ukrainian authorities areas without the participation of the ICRC. The Ukrainian foreign Ministry sent the Russian foreign Ministry a note of protest demanding that the aggressor state to cease the unlawful conduct and strictly adhere to international norms and Ukrainian legislation,” – said in a statement the foreign Ministry of Ukraine.

We will remind, the world food program stops its activity on the territory of Donbass in Ukraine from-for problems with financing.